In this list I present you the 15 best places or cities in Germany that I think are worth a visit.

Germany became my home in 2013, and since then I have not stopped traveling all over the country. Besides, with its excellent railway system, I have been able to travel around a thousand corners.

If you are preparing a trip through the Germanic country, have a look at all the tips, tricks, destinations and other useful information of my German Guide to organize your trip without dying in the attempt!

I also include the approximate time I would recommend for a normal visit.

Who hasn’t heard of Munich or anything related to it? Oktoberfest?

München is one of the great German cities with a lot of life and multiculturalism. In Munich you can find all kinds of luxury cars or people wearing traditional costumes (Lederhose and Drindl).

Munich is associated to the Oktoberfest with the jugs of beers of liter that are taken in this event, but outside of this festival it is possible to live this experience in the brewery Hofbräu HB

Munich is the heart of Bavarian culture which outside Germany is confused with “German” culture.

Bamberg is wonderful. It is in Bayern, on the edge of the Regnitz River. The town centre is picturesque with the traditional German houses that I like so much, cobbled streets, well-kept gardens and squares and the river always present in the city.

You will find many places with traditional German food, where many of them also produce their own beer.

More things about my time in Bamberg.

Recommended time: You can really see everything easily in 1 day, but you can spend a weekend quietly.

Schwäbisch Hall is another of those German fairytale villages with traditional German wooden and stone houses on the edge of an idyllic river.

Another of the famous German “fairy tale” villages. Rothenburg is a medieval wonder. It has remained almost untouched since the 17th century and strolling through the village is a pleasure.

There you will find the typical postcard of coloured wooden houses with wooden beams on the outside, narrow streets and a wall surrounding the city.

With the rise of mass tourism, Rothenburg ob der Tauber has “filled up” with tourists, especially Asian teams in coaches equipped with cameras. and being a relatively small village is very noticeable. I recommend, if possible, to go better during the week and not in summer. The Christmas market is especially magical (and very visited!) 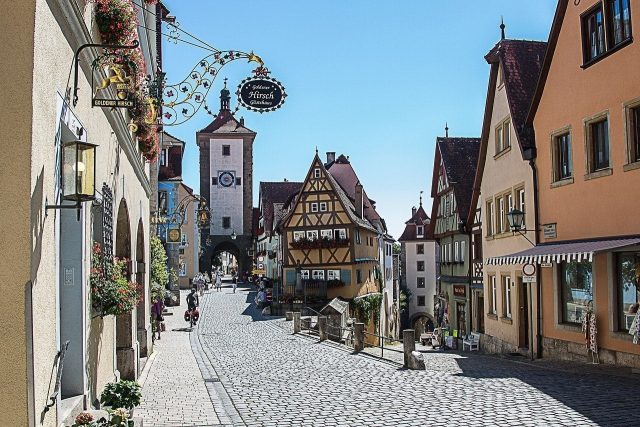 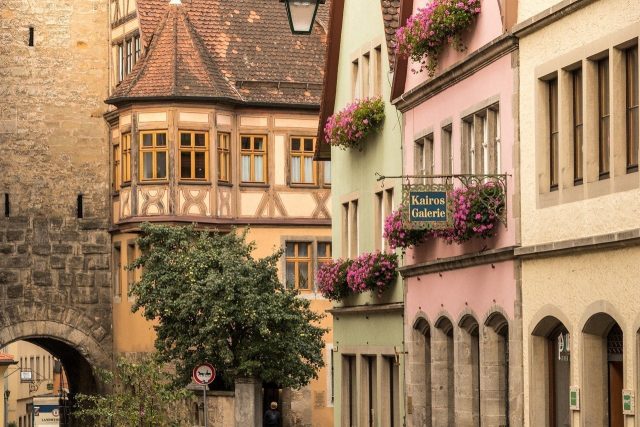 Recommended time: 1 day as sleeping can be quite expensive.

The valley of the river Rhine with small mountains on the sides and some castle on its tops. The area is unbelievable with the winding river, little houses all along the bank and a train line. A very good option is to travel it by bicycle or walking. 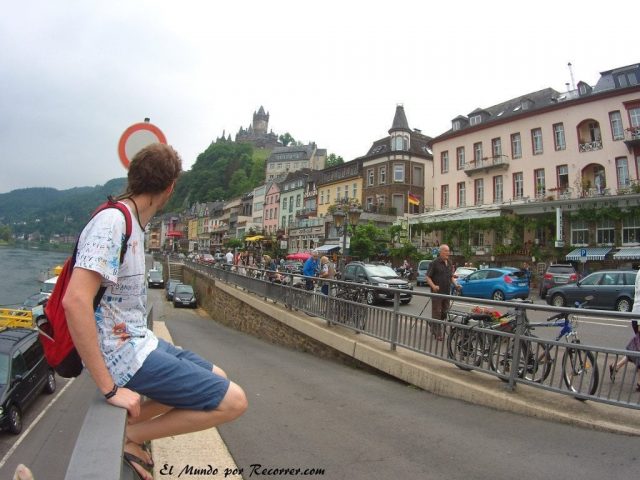 Recommended time: The city is small and can be seen in 1 day, but it is nice to plan several days around the river in other places.

This large city is the capital of Saxony with impressive architecture, very nice for walking and for the centre. In fact, they compare it to Florence, although in quite different styles. Dresden is mainly baroque, for example, the opera building or the famous “Zwinger“.

Read more about my tips and experiences in Dresden

After the bombings of World War II, almost nothing was left standing and some important buildings were actually damaged. In the following years, almost everything has been restored. For example, the Frauenkirche church has been completely rebuilt (2005) on the same site.

In 2006, the city of Dresden lost a UNESCO nomination for the construction of a somewhat controversial bridge.

Erfurt is a small town in ancient communist Germany with a strong medieval legacy.

To highlight the traditional German houses with wooden cross beams for the facade, the citadel or stone buildings such as convents or churches.

More info in my article “7 things to do in Erfurt”

Even if you don’t have time to stop in Köln, if you travel by train doing a 1 hour transfer it gives you plenty of time to see this wonder.

The first time I stopped in Cologne, I had heard about the cathedral, but I didn’t know it was so close to the train station. I had to make a change of 30 minutes… and as I always do, I went out into the street to see “something” from Köln. My surprise was to find the huge cathedral just above the station, that you can’t see looking up. Crazy!

All accommodations in Cologne

The urban centre stands out for its orange brick façades and marked roofs.

It is known the cuckoo clock, in which many people wait every hour to see how it gives the time.

The history of the musicians of Bremen you probably know her, don’t you? Bremen is the famous statue with all the animals.

Although the name may seem strange to you, from the photo you probably know this popular castle. It became known as the “Disney Castle”, or rather the one that inspired Disney for its castle.

The castle is in the village of Füssen in southern Germany, almost in Austria, in the mountains. It is interesting to see both in summer or in winter with snowy surroundings. I think it’s totally different.

The problem is, he’s very famous. Chinese and Japanese buses arrive at the huge parking lot in procession. The guides get off and go in herds to the castle.

A day trip is enough. You can go from Munich or Ulm, where is the highest church in the world.

Heidelberg is a small town on the river’s edge of winding, cobbled streets and a special attraction. An imposing castle presides over the city from one of the 2 hills surrounding the city.

Heidelberg has been linked to knowledge with an important university. There Gutenberg invented the printing press or Hitler’s ideologists prepared Propaganda speeches.

Highlight the amphitheater known as Thingstätte in the middle of a hill where the Nazis gave speeches to young “intellectuals” to indoctrinate them. It can be reached in 1 hour from the city centre and you have incredible views of the city.

Time to visit: 1 day or a quiet weekend

The Black Forest I think is the most beautiful natural place in Germany. It can be enjoyed both in summer and winter, having 2 totally different faces.

In summer you will find a very lush forest, green meadows with grazing cows, small rivers, lakes and a multitude of trails for walking or cycling.

In winter snowy trees, stunning white landscapes, frozen lakes and cozy wooden houses always with fireplace. You can also do winter sports such as skiing.

Freiburg is the city of reference, although it is also interesting to visit the traditional dream villages with wooden houses with winding cobblestone streets and a lot of tranquillity. The schwarzwälder Kirschtorte, a cherry cake very popular in the Black Forest, is also a must.

Leipzig is said to be similar to the essence of Berlin 20 years ago, when the underground hipster roll of abandoned industrial buildings, street art, social clubs, young people living in renovated old buildings began.

To see the city 2 days, although the interesting thing about Leipzig is not to visit it but to live it. So meeting people there or finding out where the events are in cultural associations, events in ships, abandoned houses or open airs is quite important.

The great capital of Merkel Germany… Berlin is by far the most visited city in Germany. Berlin’s history is very recent and still very much alive. Many corners, museums of all kinds, busy spaces, graffiti, cool hipster atmosphere, nightlife, many young people, etc..

I still remember when going to Berlin in a BlablaCar, there was a lady coming that night in November 1989. He was telling us some details of everything that happened and what he saw first hand…

Near Berlin you can go on a day trip to the beautiful city of Potsdam with the New Palace (the largest structure of the 17th century) or the Sachsenhausen concentration camp.

Hamburg is undoubtedly my favourite city in Germany. It is a lively, young city with a lot of culture and entertainment.

The atmosphere of the city reminds me a lot of Amsterdam, as it is a popular destination among young people for a weekend or a bachelor party. In addition to the canals of the Speicherstadt, the extensive use of bicycles and the red-light district.

The newly opened building of the Hamburg Philharmonic is simply impressive. A building mastodon with a futuristic style built on the estuary.

Read my article: “What to see in Hamburg in 3 days”

All for organize your trip to Germany

Continue travelling in Germany with the following articles: